Hello, I’m Todd from London, and some time ago I agreed to set up an NFT marketplace project. Even though it was very difficult, I knew I could handle it and it could be a perfect resume. In short, we have begun the work, and the challenges have also begun.
In this process, to give the price to the employer and a few other things, I had to send messages to an NFT market development company and ask them for their product price, a demo and a proposal. I see them as well as the functionalities developed in order to be able to deliver the project as the employer wishes.
After doing these things and delivering the project, I thought my experiences might be useful for those who want to start their own NFT marketplace.
An important point is that you don’t need to create a team to start a project like OpenSea. Many companies providing these services can meet your expectations.
In the following, we are going to review 5 companies that I believe offer the best opensea clones. Companies whose product quality/price ratio was higher than the others. At the end of the article, I put an infographic that can help you make a decision.


1. Radin Dev
First of all, let me say that I think radindev is the best company in the NFT field among the companies I have reviewed. In a meeting I had with them, I asked them to provide me with some of their source code, and obviously they didn’t, but in an online meeting, we checked part of the code together, and I realized how clean their coding is and opens the door to customization. RadinDev develops its front-end platform with Nuxtjs, which makes it SEO-friendly and high-speed. Moreover, they developed the NodeJS backend and processed the Blockchain sector with Solidity.
What is exciting about RadinDev’s opensea clone script is that it offered the most similar clone script to opensea compared to others. Both include the number of wallets, blockchain networks, and features.
Metamask, coinbase wallet, trust wallet, wallet connect, Venly, Bitski and Phantom wallets are wallets supported by the software.

RadinDev has also designed an application with React Native for this marketplace, which is nothing less than the original OpenSea.
In short, if you fell in love with opensea and want to have one like this, the best answer to your need is RadinDev exclusive platform.
Blockchain development company Radin has set a price of $9,000 to $14,000 for this product, which will increase with increasing functionality. Radindev uses Erc-721, Erc-1155 and Erc-998 standards for its NFT network infrastructure.

2. app codes
Appkodes is another top cryptocurrency company that started operating in 2015.
The professional technical team of this company has made it one of the best in this field.
I can’t comment on the clone script made by the appkodes team as we failed to verify the code in the live session. The clone script designed by the appkodes team is created with next.js, which like the Radindev team makes it SEO-friendly and is one of its good points. Currently, only the Metamask wallet can be used in this software.
The design team of this company decided to use node.js for server-side programming, which seems like the right decision.
Good UI design for appkodes team is one of the positives of this team. And the $15,000-$25,000 price they charge is a bit higher than competitors.
Also, the appkodes team has not yet developed an app for their NFT marketplace.

3. Matiz
The Maticz company is one of the oldest blockchain development companies. This company has created a good variety for its NFT market and is superior to others in the number of demos.
This company’s years of working in website design and development have made it one of the best.
In terms of code cleanliness, they haven’t been very successful, and there’s still room for improvement. Like the appkodes, Matix did not build an app for the opensea clone script, which is considered one of their weaknesses.
Only the Metamask wallet can connect to the Maticz NFT platform. Maticz used Reactjs to develop opensea. React is one of the best JS libraries, the most popular and supported by Facebook. The weakness of the software from the company Maticz is that the SEO process is complex for them due to the use of Reactjs and the lack of SSR frameworks. SEO is one of the most effective marketing methods to increase site visits, with a higher conversion rate than other methods.
The maticz OpenSea clone script cost simulation platform is around $10,000 to $20,000.

4. Clarisco
Clarisco, like Maticz, is one of the companies with a history in blockchain and digital currency development. And in terms of visual design, it ranks high on this list. Clarisco, like Radindev, has been able to adhere to coding standards in the process of designing opensea clone scripts and has so-called clean codes.
They designed their platform with Reactjs and Laravel.
According to their claim, they support Metamask, Coinbase wallet, Trustwallet and Wallet connect for their opensea clone scripts and provide them to customers as features according to their needs.
Clarisco has set a price range of $17,000 to $22,000 for its NFT marketplace. They used two standards, Erc-721 and Erc-1155, for their token infrastructure.
I think Clarisco company gives the best answers to their customers about opensea cloning software after RadinDev company. And the weakness that can be brought to them is the use of client-side rendering framework for the front-end, which makes the process of understanding search engines from the site difficult and SEO longer.
Clarisco has also designed a special application for Opensea and made it available to its buyers.

5. Hivelance
Hivelance company is the youngest company in this list which started its work in 2020. Hivelance has shown its quality to the competitors in the field of NFT since the beginning.
Currently they only use Metamask for their opensea cloning software.
During the interview I had with the Hivelance sales team, they did not give me the exact price of their product; they specified a range of $10,000 to $35,000 for it, and the $10,000 price only included basic features, which cost more than others.
During the online meeting, they refused to explain and show their codes and did not share detailed information about the framework with which they developed their opensea clone.
The Hivelance team has not yet designed an opensea cloning application, which they believe will be developed soon.
They only use the ERC-1155 standard to build their token infrastructure, which is a weakness compared to other competitors.

In this article, I have tried to give my opinion on these 5 companies without guidance and based only on my observations and experiences. If you want to build software similar to OpenSea to buy, sell and create NFTs, chat with them again, watch their demos yourself and make a final decision.
I hope this article was helpful.
Best wishes. 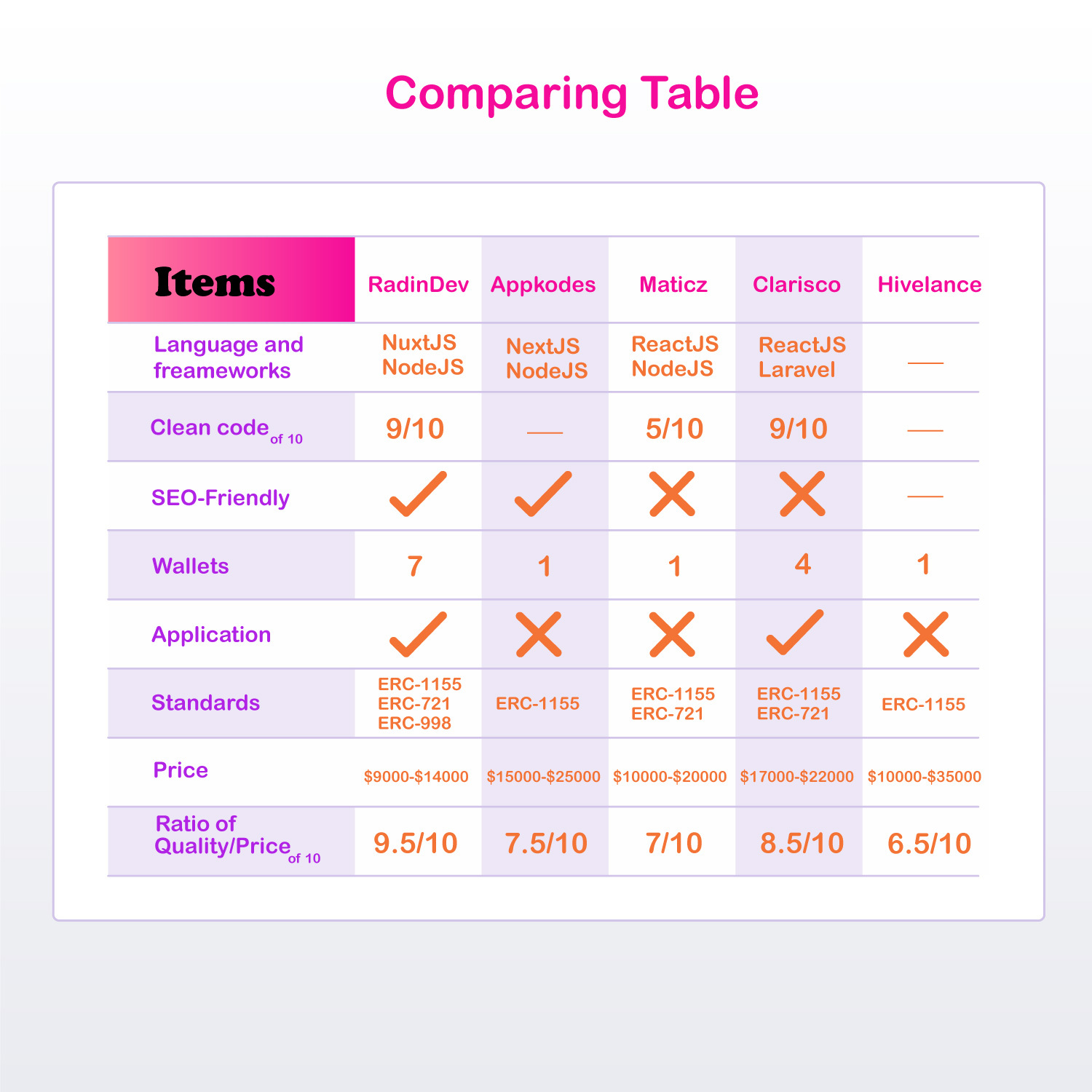 September 4, 2022
NotedDC – How Biden is trying to flip the script on GOP 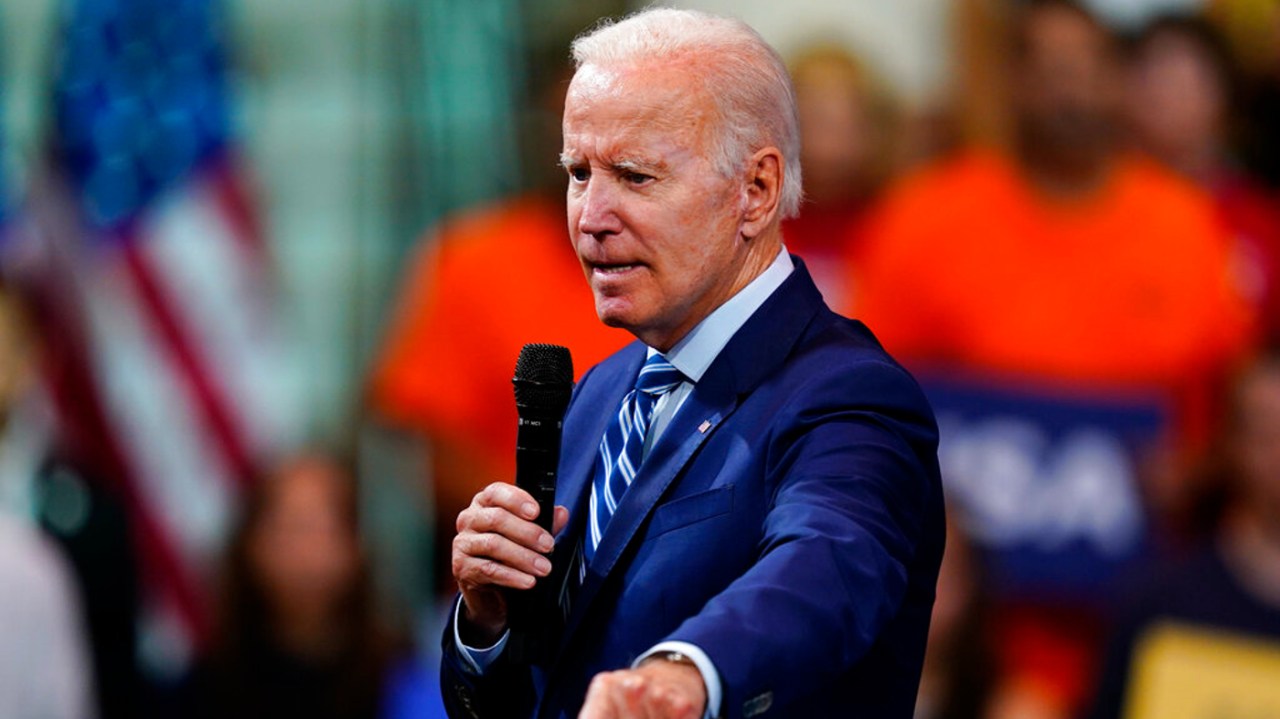 NotedDC – How Biden is trying to flip the script on GOP