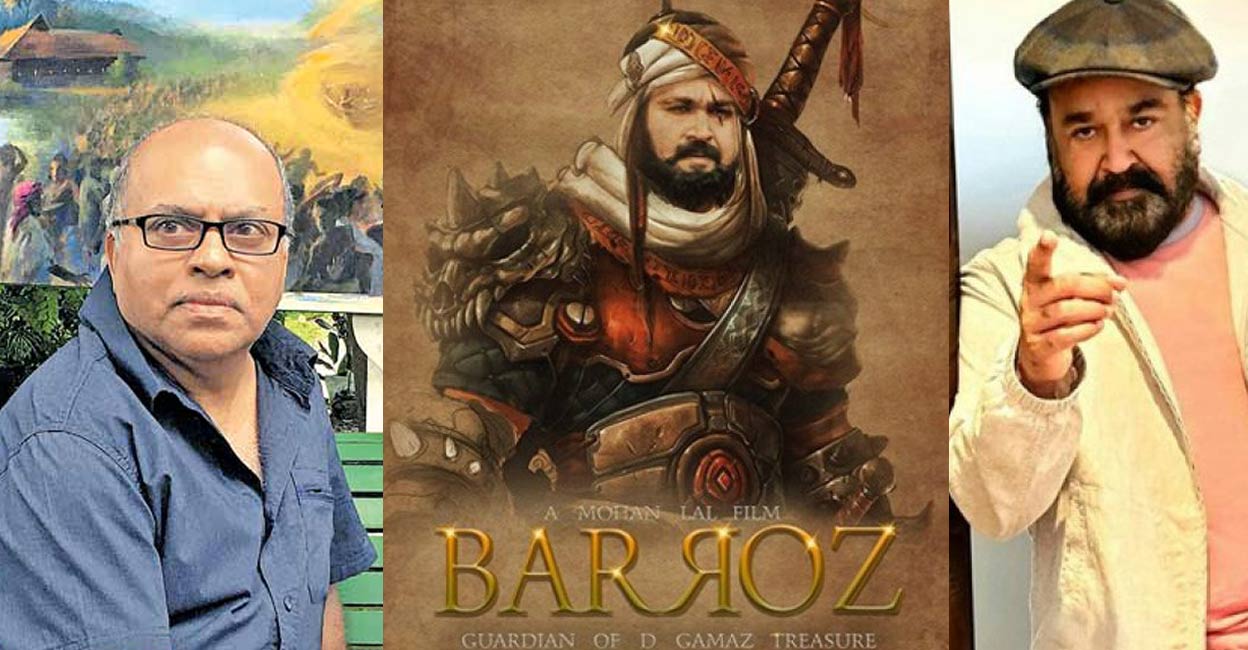 Mohanlal’s 3D film “Barroz” is one of Mollywood’s most cherished and anticipated projects. The film, which also marks the superstar’s directorial debut, is in its post-production phase, although the makers have yet to announce a release date.

Now, a revelation from ‘My Dear Kuttichathan’ director Jijo Punnoose, who was associated with the project as a screenwriter, has gone viral. According to the filmmaker, he had to rework the script 22 times at the discretion of the director (Mohanlal) and the producer (Antony Perumbavoor).

In a blog post, Jijo wrote that he originally crafted the script with a girl named Isa as the protagonist, while Barroz was just a secondary character. He also planned to do it in English and Spanish.

However, Mohanlal, who had arrived at his studio with filmmaker Rajeevkumar, became interested in the project after the latter suggested the film could be shot in Malayalam. “Now my apprehension was to make the guardian ghost of treasure an Indian (Malayali) when myth all along the Malabar Coast speaks of ‘Kappiri Muthappan’ – an African protagonist,” Jijo wrote on his blog.

“But in two days, Josy Joseph – a Malayalam scholar, visual communications tutor and now wearing the mantle of director of research at Navodaya – made a compelling story of how Malayali expatriate Barroz came from Malabar to Goa and became (Vasco) D “Gama’s trusted guardian, who holds the keys to his mansion,” he said.

Jijo wrote that Mohanlal expressed interest in directing the film in 2019 and asked for his help. “Things developed quite quickly thereafter. Lalumon (Mohanlal) himself came up with many story elements (one of them was the firefly metaphor) for the screenplay. I rewrote and rewrote… (22 times) tweaking the script to my satisfaction and to the liking of the director and producer, while remaining firm that it was the girl who was the central character and that Barroz was secondary “, did he declare. wrote. But all activities have stopped due to the pandemic.

“As the lockdown eased, Aashirvad Cinemas – the production company of Antony Perumbavoor who is also the producer of Barroz 3D, seemed to have migrated to OTT cinema which became the trend in fall 2021. Intended upon the 3D theatrical release, Barroz seemed like an unviable option. In fact, there was talk of abandoning the project! The message from Mr. Antony from Hyderabad (the location of the Bro Daddy movie) was to dismantle the Treasure Cellar sets at Navodaya studio here in Kakkanad, Kochi, rather than wasting time waiting,” Jijo wrote.

“I think at the request of Lalumon, in November 2021, after the completion and sale of Aashirwad’s OTT film projects, there was a sudden interest in reviving the Barroz project. At the time (in November 2021), it was possible to bring back artists from abroad; going to places as close as Goa to shoot too was out of the question.

Therefore, after long discussions, it was decided to change the story, script and cast of Malayalam film Barroz 3D. So quickly, in December 2021, Lalumon himself took the initiative and, together with Rajeevkumar, rewrote the script (scenes, characters and locations) for viable filmmaking in and around Kochi – with principal filming taking place in the secure premises of Navodaya Campus where the mainly interior sets were erected. Personally, I think it was a prudent decision to save the project,” Jijo added.

Mohanlal, “being rewritten, shaped the script and character of Barroz in the image of his recent successes – Odiyan, Pulimurugan, Lucifer and Marakkar, in order to satisfy his fanbase”.

“With the modified script, the objective of the film was to entertain the audience of the Malayali family. Lalumon could do this with his knowledge of 350 films (compared to my seven only). In this restructuring, Rajeev took over from me to assist Lalumon “, he wrote.

“When Lalumon called me the last week of April 2022, I came from Chennai to help him execute the rotating scene where Ghost Barroz walks through the walls of the treasure cave. This was my sole involvement in the revised production of Barroz in Malayalam,” he wrote.