The Sonoma International Film Festival has brought some major off-screen casting changes, as longtime executive and creative director Kevin W. McNeely slips into the role of SIFF Director Emeritus. Ginny Krieger, who has been with the event since 2001, is the new general manager. And Carl Spence, with 28 years in the film industry, most recently with the Miami Film Festival, is now artistic director of SIFF. Krieger has held leadership positions at SIFF, including administrative director, deputy director, and co-director. Spence has held programming positions at film festivals in Palm Springs, San Francisco and Seattle. His resume includes marketing, sponsorship, advertising and talent management.

Just five months after a fire destroyed its tasting room and historic memorabilia, Larson Family Winery opens its (newly installed) doors August 4th. , which is tricked with bocce ball, cornhole and cabanas. At the end of Limerick Lane in the Carneros, the land from the 1920s to the 1950s was the site of the Sonoma Rodeo. Fittingly, a tasting flight option is the “Not Our First Rodeo” collection.

On the nonprofit front, the Sonoma Valley Catalyst Fund has launched an ongoing fundraising effort with a $500,000 donation from Community Foundation Sonoma County. The Catalyst Fund, a temporary emergency fund responding to Covid emergencies with a mission of $1.6 in grants, was launched in 2020. As needs continue, the fund will continue. “We are at a critical time in the Sonoma Valley, a time when more people than ever are turning to nonprofits for help,” said CFSC Acting CEO Sheryl Alexander. “We are proud to partner with the local volunteers in the Valley who are leading this effort and will strive to bring the Community Foundation’s philanthropic knowledge, infrastructure and grantmaking expertise where it is needed. » Sonomavalleycatalystfund.org. 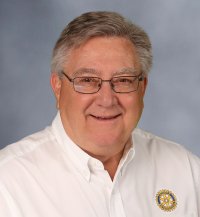 The Rotary Club of Sonoma Valley has named Scott Murray club president for its 2022-2023 Rotary year. Murray joined the club in 2017 and previously led the club’s membership and governance committees. The club’s response to the October 2017 wildfires showed Rotary’s ability to support the community in times of disaster, he said. “I knew from its history that Rotary had improved the quality of life in the community in all kinds of ways. Murray said the club plans to continue partnering with other community organizations, like the Sonoma Ecology Center and Jack London State Historic Park (see page 10), to support hands-on service projects.

Sugarloaf State Park is monitored by a network of 41 cameras, but the subjects don’t seem to care. The Critter Cam Project tracks and records wildlife movements within the park and adjacent private lands. Volunteers, like Guy Miller and Sierra Martin, place and manage the cameras, then review the footage to note patterns and activity. Miller remembers his favorite images as a bobcat calling for its mate, a large black bear bathing in a stream, a group of gray cubs frolicking in front of the camera, and a badger. Sifting through source images isn’t easy, but it’s important work, Martin told the Sonoma Ecology Center blog. “I hope the data from this program will help preserve the wildlife corridor that so many of these animals use.” Of course, adds Miller, “it’s always exciting when we record an apex predator, like a mountain lion or a black bear.”