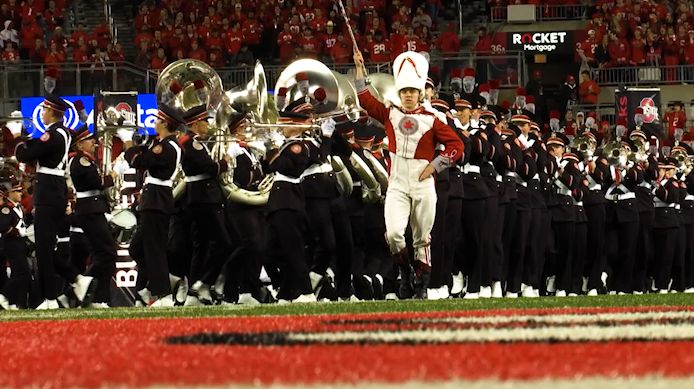 COLUMBUS, Ohio – Script Ohio is widely regarded as one of the great traditions of the state of Ohio, and the â€œiâ€ pointing is a special honor for some members of the marching band.

But after the pandemic spoils the tradition of seniors for two i-dotters, the game against Michigan has special significance.

Script Ohio has captivated college football fans for 85 years. It’s one of the unique traditions that sets the State of Ohio apart from other programs.

For senior sousaphone players, the signature lineup carries a special honor – pointing to the “i” – a feat that only 14 non-squad members have achieved.

Fourth-year sousaphone players are the only members of the group who can perform the much-loved routine.

â€œIt’s one of the biggest traditions we have in the group, and I even think of Ohio State,â€ said Connor Oppy, a fifth-year sousaphone player.

OSU Drum Major Austin Bowman ranked him at the top of all OSU traditions.

â€œI feel like there is nothing that compares to that,â€ Bowman said. â€œThat’s when all eyes are on the group. That’s what Ohio State is and that’s what we’re trying to be. “

Oppy and his fifth-year colleague Luke Isler have the honor of playing double scripts in the Big House – something that means more this year.

Isler and Oppy missed the opportunity to point the “i” against Michigan last year due to the pandemic. The group was not allowed into Ohio Stadium for games, and then the rivalry game was called off for the first time in 102 years.

So instead of giving up, the members of “KL-row” came back for the chance to make their dream come true. Now, in the biggest game of the year, Isler and Oppy are teaming up with lore.

â€œIt’s kind of a special time to be able to complete this group experience with one of your closest friends,â€ Oppy said.

Earlier this year, Isler and Oppy both scored an ‘i’ against Oregon and Penn State, but both i-dotters said the moment would be a lifelong memory in the northern state.

â€œI absolutely relish every time we play there,â€ Isler said. “Just knowing that I’m becoming one of those people that everyone else just focuses on – me and Connor – it’s going to be pretty funny and I’m going to enjoy it for sure.”

Oppy has said he expects a lot of boos in enemy territory, but that won’t stop him and the rest of the group from performing the legendary lore.

â€œYou already know they are going to boo you,â€ he said. â€œAnd so it’s an exciting environment to play in, too. Hearing them boo you is only going to make me play louder. 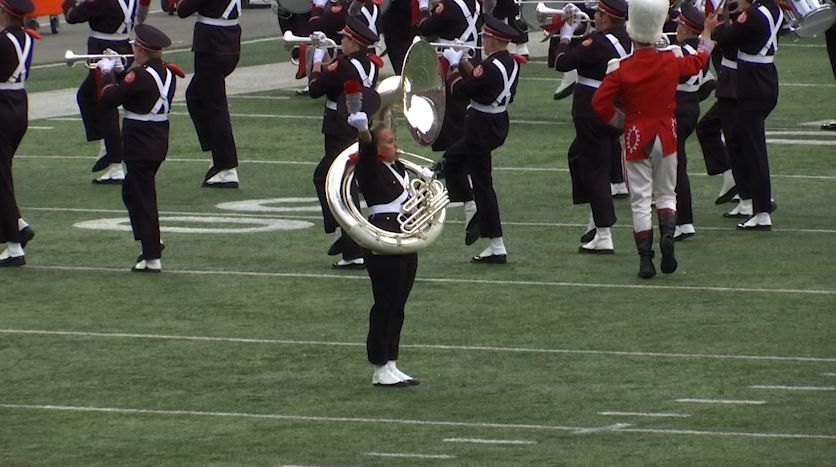 Dotting the â€œiâ€ is an exclusive honor for fourth and fifth year sousaphone players at Ohio State. (Photo by Tino Bovenzi / SN1)